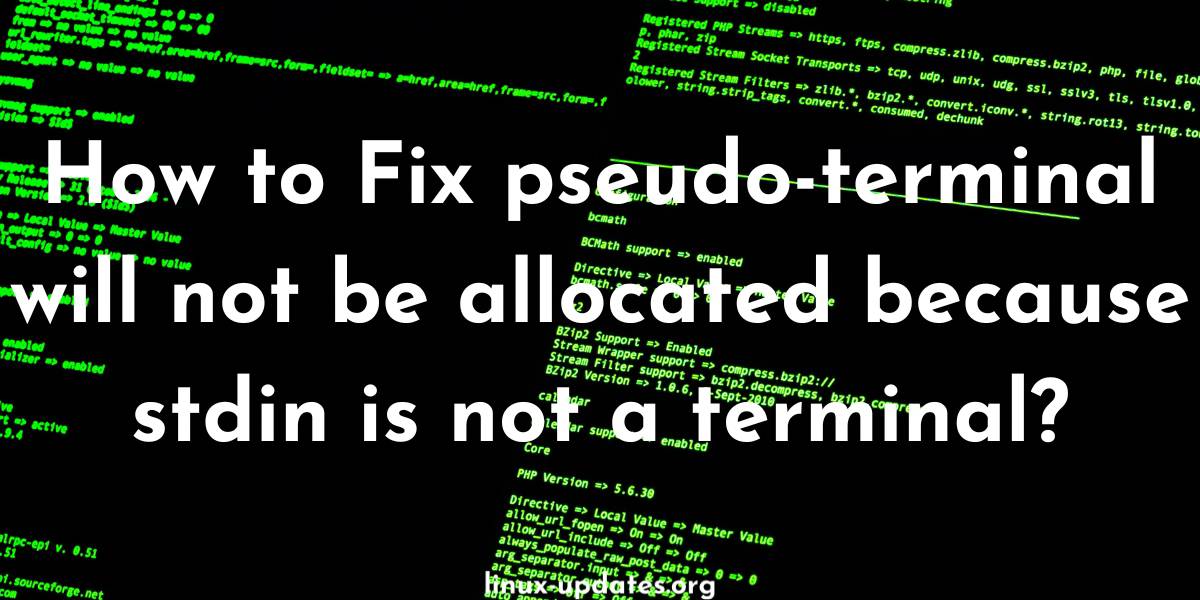 The error “pseudo-terminal will not be allocated because stdin is not a terminal” usually occurs when you are trying to run a command that requires a terminal, but the command is being run in a non-interactive shell or script.

To fix this error, you can try the following steps: